New study on integration of immigrants in Western Europe 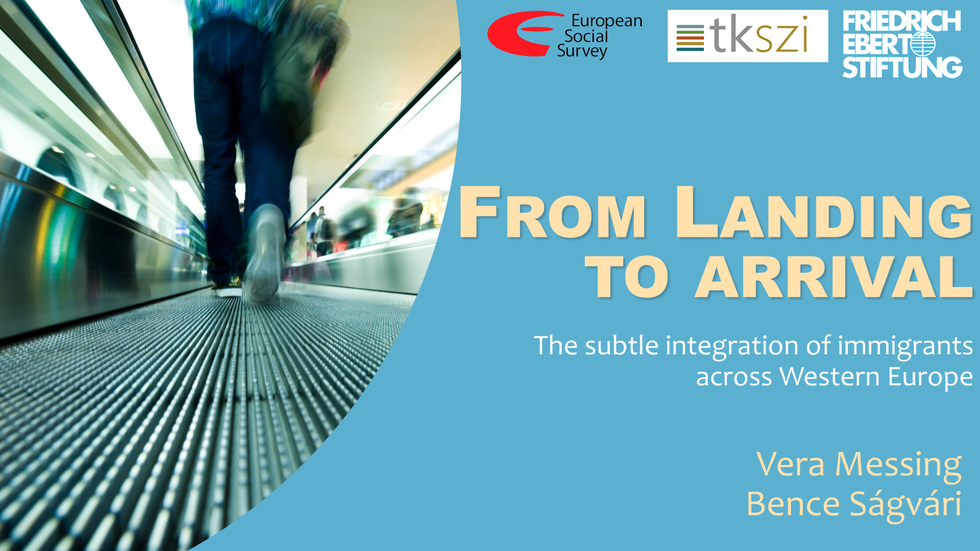 Immigrants have a more positive attitude and higher levels of trust in the major societal, economic and political institutions of the country than do the locals, but they feel more excluded from society. In general, they set greater store by tradition and security – and find personal achievement more important than locals. – says the new FES-study which was launched on 25 May, in cooperation with FES EU office in Brussels

The study report „From landing to arrival: The subtle integration of immigrants in Western Europe”, written by the Hungarian sociologists Vera Messing and Bence Ságvári, analyses the process of subjective integration of immigrants in 13 countries of Western Europe. This is the third report in a series of research projects commissioned by the Friedrich-Ebert-Stiftung’s regional project “Flight, migration, integration in Europe”. In their previous reports, Messing and Ságvári examined host societies and their attitudes towards migration. Now, they switched the perspective from the host society to the migrants themselves.

Looking behind the culture of fear