Policies and politics of migration 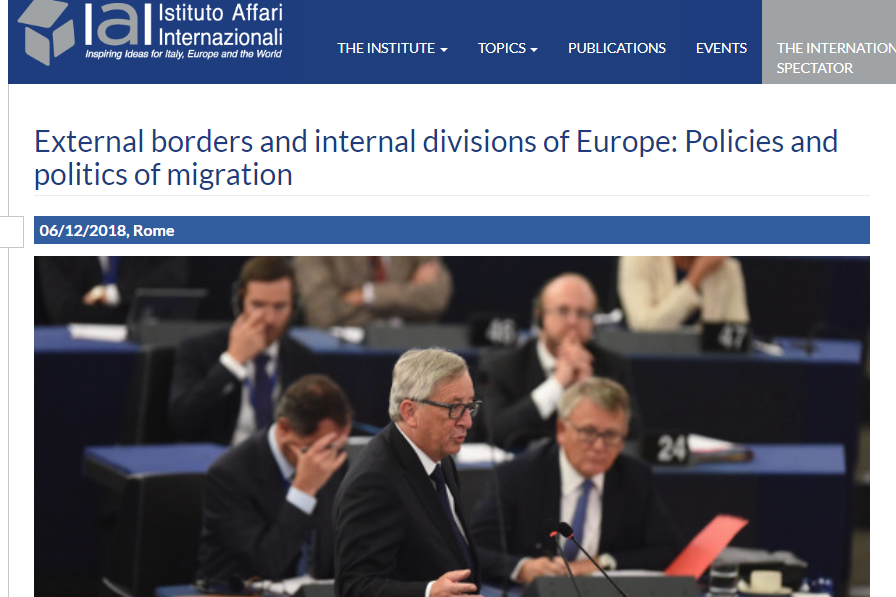 Even though Europe is currently facing very small immigration numbers compared to 2015, the topic still dominates the news and political discourse. Instead of a crisis of numbers, we are now facing a crisis of intra-EU solidarity and trust, feeling the after-effects of 2015.

The EU pushes for a reform on asylum, return, and the control of the external border, but what is the actual situation at the southern and eastern borders and which changes have been implemented lately? Which challenges are the countries experiencing? Some authors of our publication “On Europe’s External Southern Borders” will discuss in the first panel the current situation and how a respond and possible reform from the European Union could look like.

The second panel addresses how the populist-nationalist forces will again use the anti-migrant rhetoric and scaremongering tactics against migrants and refugees for their election campaigns. Hungary and Italy are leaders in this discourse, with an alliance based on different principles regarding the migration topic, considering the different management interests of migration in Europe. Their only common ground is to completely block migration to the Union knowing that complete closure is neither a realistic nor an economic option. Experts from Italy, Hungary, and Germany will discuss how progressive forces can find constructive counter-arguments in this topic that is dominated from a populist-narrative. Those debates with migration as a determining factor for the upcoming European Elections will be held in Cooperation with Istituto Affari Internazionali (IAI) with the aim to encourage a critical debate on Europe’s Migration and Asylum politics and policies.