Europe experienced a large inflow of migration over the last years, the asylum numbers have been decreasing but now it is more important than ever to develop effective strategies for a successful integration process for the newly arrived members of society. How can migrants be better supported in their desire to integrate? How can a local community offer a safe space for arriving foreigners? What are the roles of cities, governments, and organizations to guarantee a successful integration process? 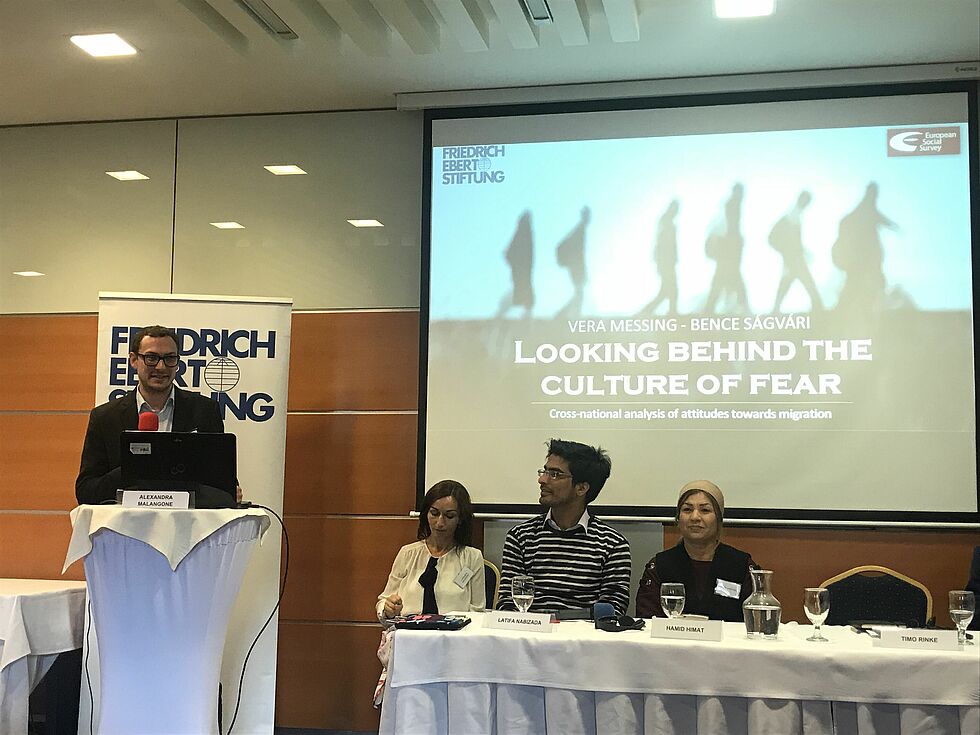 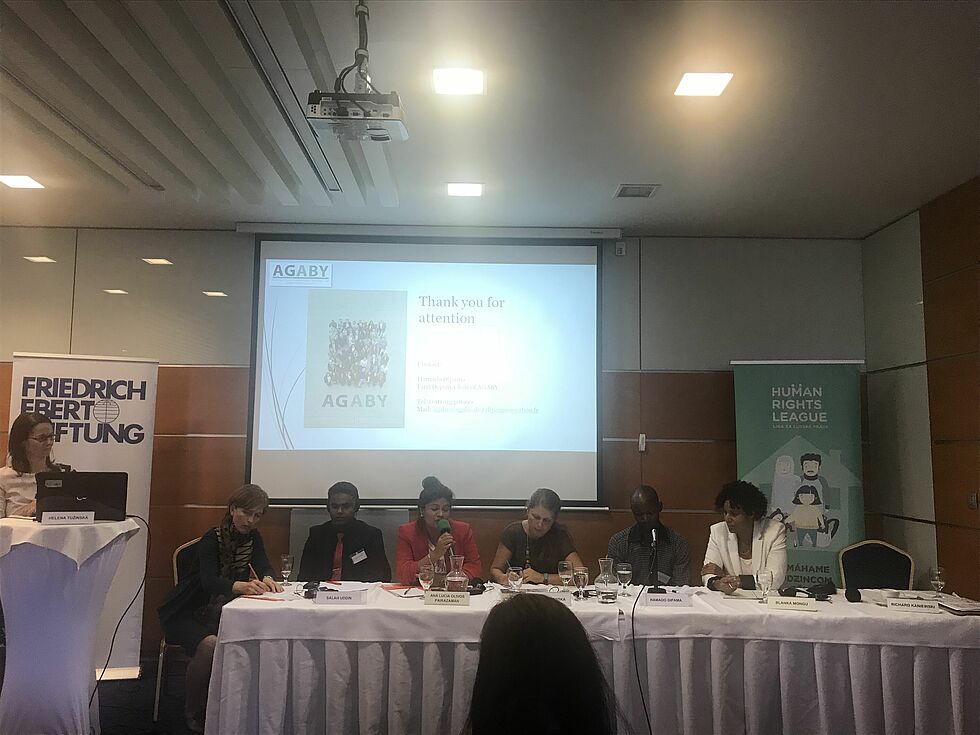 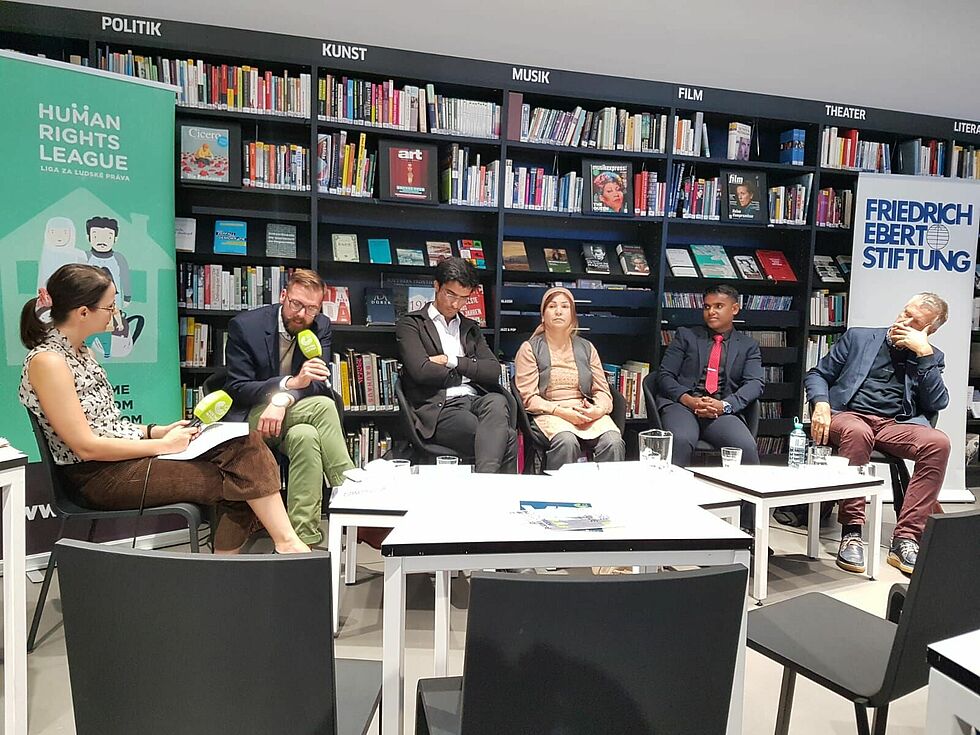 The forum on Integration in Bratislava gave space to migrants, organizations, policymakers, and scientists to discuss the topic from different angles. The program started with an evening event about refugees and cities at the Goethe Institute Bratislava.

On the next day, the Friedrich-Ebert-Stiftung presented the study “Looking behind the culture of fear” by the authors Vera Messing and Bence Ságvári from the Hungarian Academy of Sciences. The study gave an insight of the public’s attitude towards migrants and shed light on the fear local’s experience around migrants, explaining that it is often not caused but only triggered by the topic of migration.

As the next speakers, Latifa Nabizada, the first Afghan Pilot, Salah Uddin from the British Rohingya Community as well as Hamado Dipama from AGABY (Arbeitsgemeinschaft der Ausländer-, Migranten- und Integrationsbeiräte Bayerns) shared their experiences upon arriving as refugees in the UK, Austria, and Germany and their current political and awareness-raising activities. David Beraha from the diversity and integration department in Vienna, Richard Kaniewski, an integration specialist from Saxony, and Ana Lucía Olivos Pairazamán originally from Peru, now working for the municipalities in Barcelona all highlighted the importance of several city-based integrational programs and the need for an effective labour market integration that could, as the example from Saxony, be implemented with the help of employment market tutors. Besides language courses, the importance of meeting points between migrants and locals was pointed out by David Beraha, who was involved in the implementation of such in Vienna and could be confirmed by Latifa Nabizada who now lives in the city as a refugee. Besides already implemented policies, all speakers agreed that more things have to be achieved and procedures improved to guarantee a successful integration. Helge Lunde from the organizations ICORN gave insight to their way of integrating persecuted writers or artists for a residency in one of their partner cities and the importance of a local network for the integration process.

The difficult situation of several minority groups in refugee camps and possible solutions were presented by Neil Clarke from the Minority Rights Organisation.

An idea of the Slovakian situation regarding migration and integration in the workplace was given by - Daniela Beráková from Profesia and Robert Chovanculiak from INESS while Elena Gallová Kriglerová from CVEK showed the lack of information the Slovak government and municipalities face regarding the countries migration statistics and the therefore occurring lack of policies towards migrants.

An evening panel discussion with Ramon Caudevilla, chief of the border police in Ceuta, András Lederér from the Hungarian Helsinki Committee, Alexandra Malangone, consultant of the OSCE, and Ana Lucía Olivos Pairazamán from the municipalities in Barcelona discussed the role of NGO’s regarding irregular migration. The importance of a good cooperation of NGO’s with the police and government was highlighted and analyzed for the participating countries.