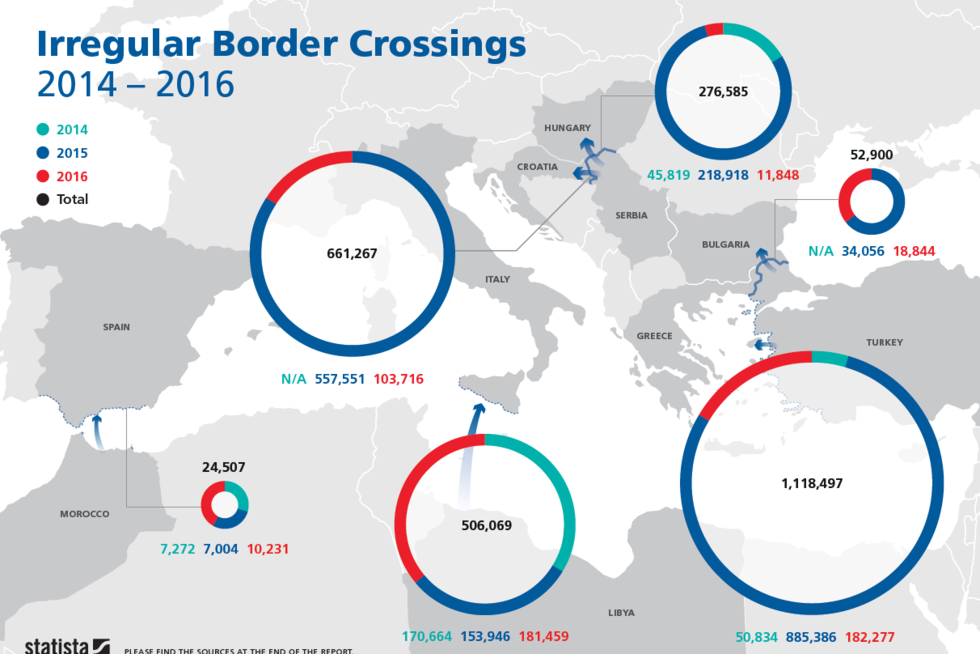 How is migration managed at the external southern borders of Europe since 2015? What are the nation-specific differences in border management? What are common features? How has border management changed in recent years, and what should we expect in the future? Have the border systems fulfilled their purpose, and what are the real consequences for asylum seekers?

As the summer 2015 brought many changes, EU member states have since adopted several modifications concerning their border management and asylum systems. Still, these capacities are not satisfactory in handling arrivals. In fact, each country keeps relying on their own instruments. In order to bring more transparency to these different systems the FES published an analysis which compares the situation at the Greek-Turkish, Bulgarian-Turkish, Hungarian-Serbian, Croatian-Serbian, Italian-Libyan and the Spanish-Moroccan border.

The report shows in the context of the EU-Turkey Statement, that Greece has created two very different systems within itself: Asylum seekers on the mainland have access to comparatively strong assistance, while those on the islands are faced with the prospect of being returned to Turkey. In Italy, the number of new arrivals has dropped sharply due to its controversial externalization policy. The report for Spain questions the adequate access to international protection and the tools to fight irregular entries, including pushbacks and police brutality. As for the EU’s external borders on the mainland, Hungary erected a fortified fence and transit zones, while in Croatia the issue was solved very differently. For the border with Turkey, Bulgaria’s main political goal was to reinforce border security and to slow down reception and resettlement flows.