There is a growing coalition forming around Hungary, linking the V4 countries and various nationalist/populist forces in European politics. This new coalition does not only promote a "Europe of nation states" in opposition to a more federalist Europe, but also a hostile approach towards migration. 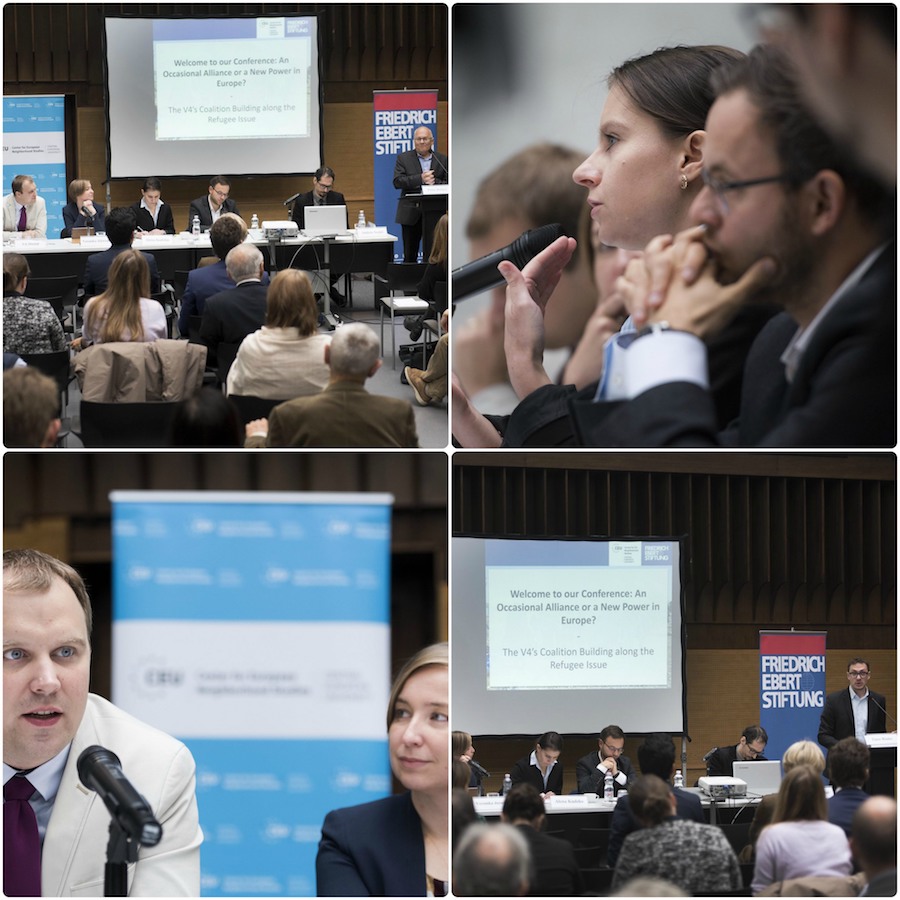 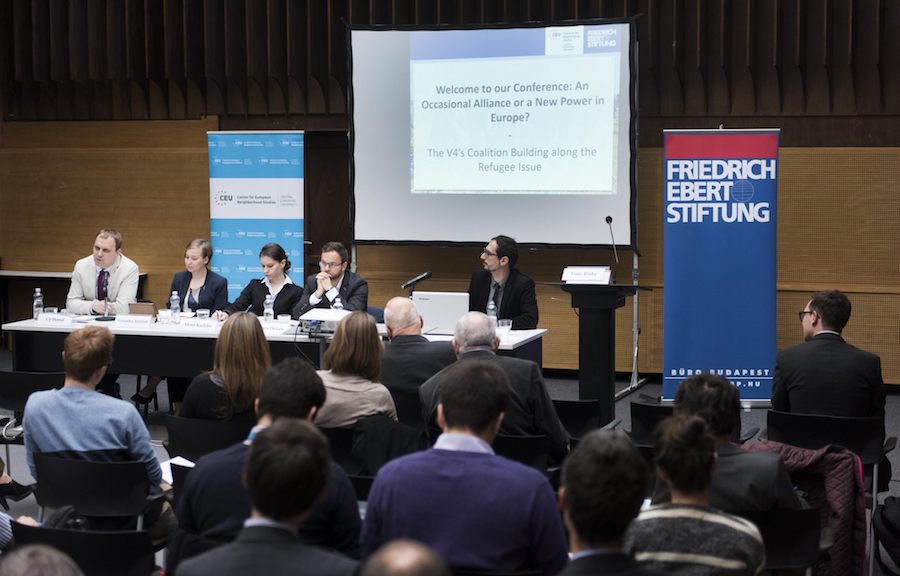 Regarding the topic, the Central European University and the regional project "Flight, Migration, Integration in Europe" (FMI) of the Friedrich-Ebert-Stiftung held a conference in Budapest on October 31st 2017.

The conference analysed the coalition building along the refugee issue and centred the question of the self-image and role the V4 has as a regional bloc in Europe. The panel consisted of political experts from Czech Republic, Poland, Slovakia and Hungary.

Péter Balázs criticized in his introductory words the slowly working migration and integration policy of the V4 member states. Then the expert panel discussed how the different V4 member states changed its character since the migration crisis - taking for example the Czech election victory of Andrej Babis' or the various mood stages towards refugees in Slovakia into account. Overall, the voices on the panel argued strongly for finding a compromise on the external borders in order to reach an agreement with the member states. On the other hand, the discussion also showed how improbable a possible agreement on a common European refugee policy would be.