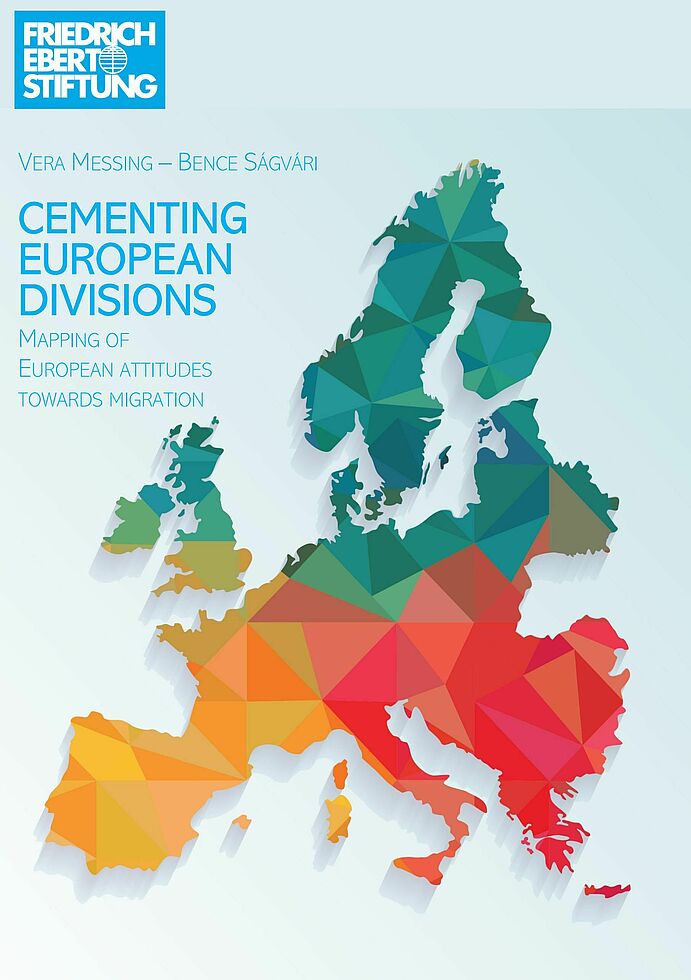 The East of the continent is further distancing itself from the old EU member states in terms of attitudes towards immigrants and immigration within Europe, says the new FES analysis, written by the renowned Hungarian social scientists Vera Messing and Bence Ságvári, based on the data of the current round of the European Social Survey (ESS).

As the title ("Cementing European divisons") shows, the East-West divide has solidified five years after the migration crisis of 2015/16. "The more positive attitudes in the western part of the continent have remained unchanged or become even more positive, while in Eastern Europe they have deteriorated significantly in some countries (Czech Republic, Poland) and remained unchanged or changed slightly towards less hostility (Hungary, Lithuania, Estonia, Slovenia). Unexpected development: the ex-Yugoslav countries (Croatia, Slovenia, Serbia and Montenegro) are generally much more open to immigrants than all other post-communist countries in Europe.

Further results can be found in the analysis.